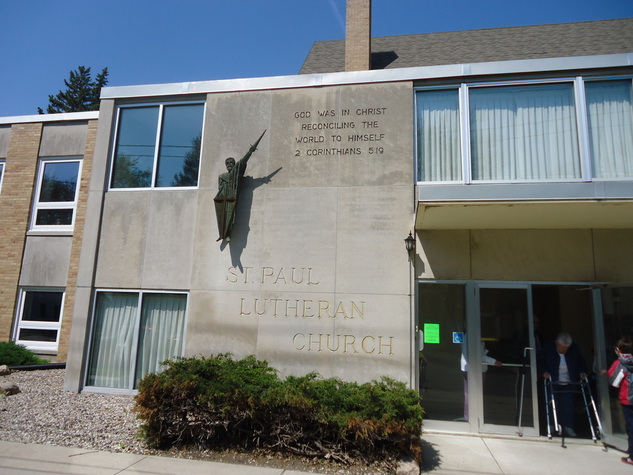 
All movable contents as could be used from Immanuel Lutheran Church were transferred to the Central Lutheran Church building.  (This is the building we still use located at 329 East State Street.)  The Wicks Memorial Pipe Organ from Immanuel Church was moved and installed in the chancel and was in use in December of 1962 and continues to serve our congregation. The Immanuel Church and parsonage were rented but eventually sold.

​Our church was built by the congregation of Central Lutheran Church.  Central Church was organized in 1927.  Their first services were held at the Chamber of Commerce rooms.


The following paragraphs are taken from a pamphlet about Central Lutheran Church:
“The years ahead were trying ones for the congregation.  Due to the depression and higher interest rates the proposed building program suffered an arrested development.
In spite of these discouragements the congregation pressed on, adding to its original membership other consecrated Christians who assisted in retiring the indebtedness of the Church basement.
It was indeed a happy day in the history of the congregation when their record was wiped clean of all indebtedness. This occasion was celebrated at a formal service on February 1947.


The congregation was now ready to start on a new program for building the superstructure.   With determination the member of the congregation set aside money for this new project. … The completed structure stands as a mute testimony of… careful and able planning.”


The church superstructure was dedicated on April 16, 1950.